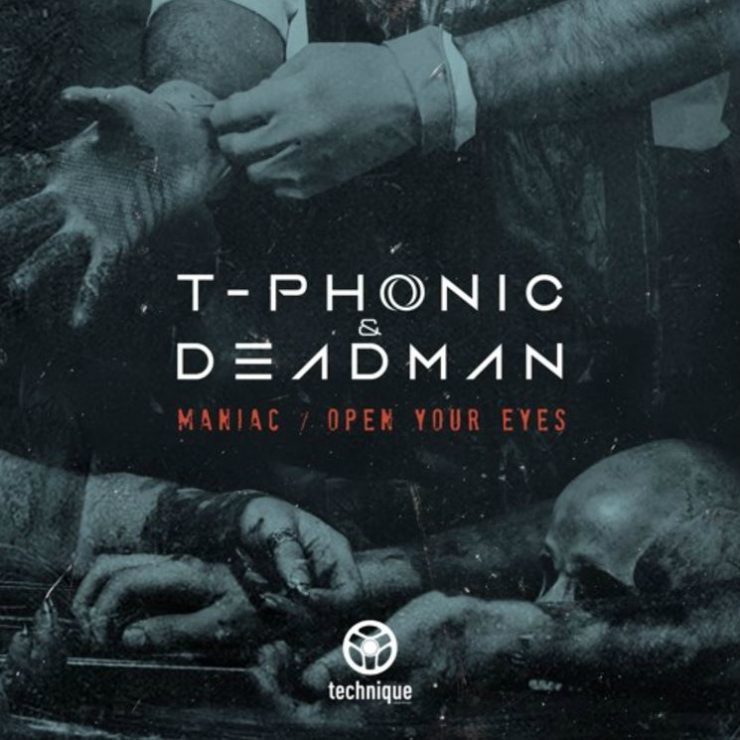 Individually, T-Phonic and Deadman have achieved some monumental musical feats. For example, T-Phonic’s featured on a 200,000-selling compilation album, had airplay from the full spectrum of deejays from Friction to Fearne Cotton, and released on a raft of the biggest labels DnB has to offer. Equally, Deadman (aka Al Storm, Eat Rave, and several other aliases), has made a name for himself in hardcore, breaks, and even TV soundtracks when his music was used for the 2010 FIFA World Cup. Basically, these two have pedigree, and the combination of the two is already pushing on to even greater heights.

This release opens with “Maniac”, which goes to places you might not be expecting from a Technique Recordings release. As old skool hip-hop vibes combine with dark strings and octave-switching basses in the intro, this track could go in any direction. The drop, however, delivers the closest thing to straight-up jump-up that Technique’s given us so far. But, look beyond the head-nodding beats and the skank-out pulses of mid-range bass and there’s more going on. The techy edge to some of the modulations plus those siren and rap vocal samples mean that this has more in common with nineties Urban Takeover than a lot of contemporary jump-up. What we’re hearing is the classic sound of the sub-genre as it used to be, but given a 2017 makeover. In short, this is going to kill off raves across the spectrum.

There’s another nod to the nineties in “Open Your Eyes”. The string stabs in the intro have an unmistakeable G-funk flavour, then when that break and thorax-disturbing jungle bass roll in, we could be forgiven for imagining this is a new re-lick of some forgotten 1995 cut, vinyl crackles and all. That’s just the preamble though. As the drop strikes, with gorgeous velvet tendrils of bass pushing the tune onwards underneath the body-blow punches of kick and snare, with the ethereal fragile soul of the vocal clips, this becomes absolutely epic. Emotion and musicality meet black belt production skills, and people are going to get hurt.

If you didn’t know already, you might have guessed that T-Phonic & Deadman are veterans in this just from the sound of their music. They aren’t following the herd, they’re twisting DnB into the shape that they want it, and the results are special. This duo have got a lot to show us and we should all be paying close attention.