On February 15th, the Technique Recordings crew take over The Cause in London, with a cross-spectrum drum ‘n’ bass line-up helmed by label founders Drumsound & Bassline Smith.

And, after the success of their debut FABRICLIVE event earlier this year, this has got roadblock written all over it.

As well as heavyweights drawn from the upper echelons of the Technique roster, including Tantrum Desire, No Concept, and multi-talented vocalist and emcee Youngman, the stage will be graced by huge artists from all corners of the drum ‘n’ bass.

One of the scene’s founding fathers, Grooverider will be bringing his dubplate arsenal to bear, and Formation boss DJSS will take us back to the roots with a jungle set.

Added to that, Document One, the guys behind some of the biggest tracks of 2018 will bring their brand of fire to the decks. Plus, regular Technique host, Toddlah will be back to shell down the mic as only he can.

And, as if that wasn’t enough, there’s still a Special Guest to announce. 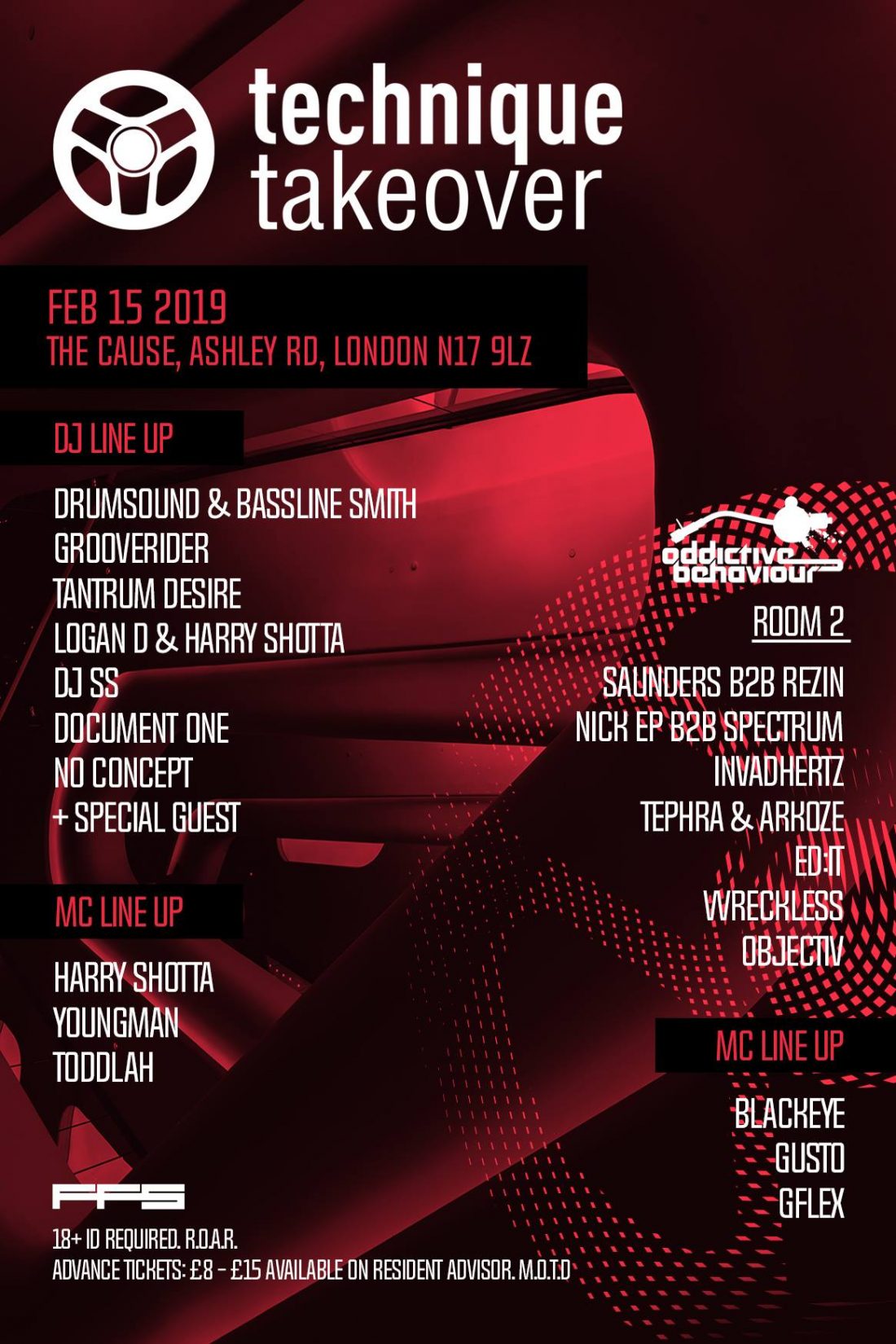