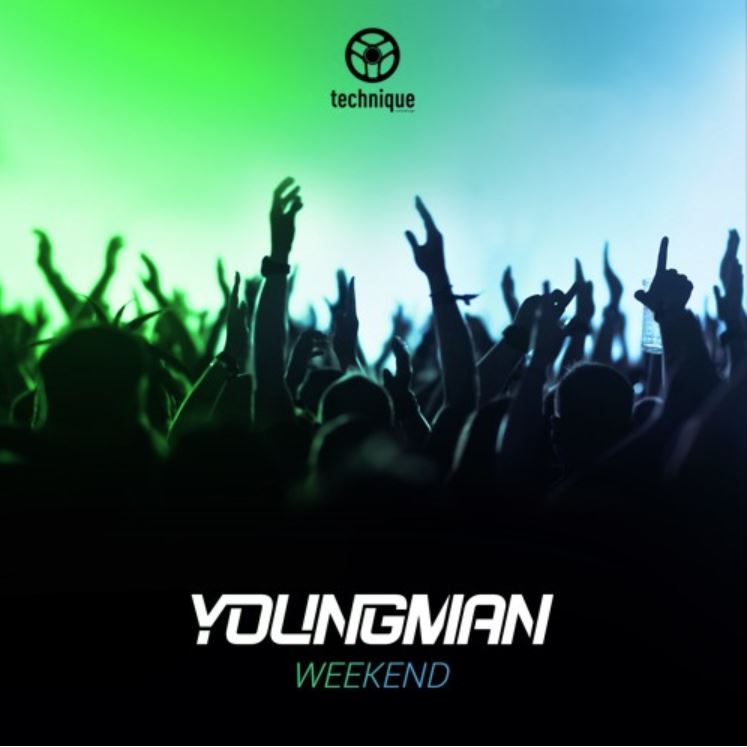 From the intimacy of his residency at Derby’s Interface night, to monumental festival shows, to the international acclaim of songwriting for popstars, Youngman’s got it covered. And, recently, he’s been revisiting his vocal drum ‘n’ bass roots to add an extra twist of innovation. The last time we saw him on Technique Recordings was with the multi-part release “Spinning”, where his vocal was interpreted three ways by three different production teams. Now, Youngman’s latest single is here to show us what’s next for this pioneering artist.

Youngman always injects a heavy dose of soul into his music. As subtle piano chords and warm pads set the scene of “Weekend”, his delicately emotion-charged vocal takes us into classic R&B territory. As the half-speed drums and electro-funk synth riff drop, this could easily be a forgotten classic from another era. It’s a sophisticated, classy sound, the glint and polish of the production complementing Youngman’s visceral delivery even as the track rises towards the inevitable energy-blast of the drop.

Powerful percussive bass drives the energy onwards as rolling and ever-building drums set the pace. But the key to this track’s vibe is in those stabs and arpeggiated figures that cover the soundscape with sheer melodic silk. And this is one that deejays are going to want to keep running until the breakdown, when Youngman’s plaintive vocal cuts back into the atmosphere like a razor, giving a moment of hands-in-the-air bliss before the the bass and beat kick back in.

This is another assured piece of DnB neo-soul from a writer-performer always at the forefront of vocal bass music. You might describe this particular release as “liquid”, but Youngman himself is always one step removed from pigeon-holes like that. Even as we skank out to this one, we can look forward to plenty more invention yet to come from this artist’s studio.