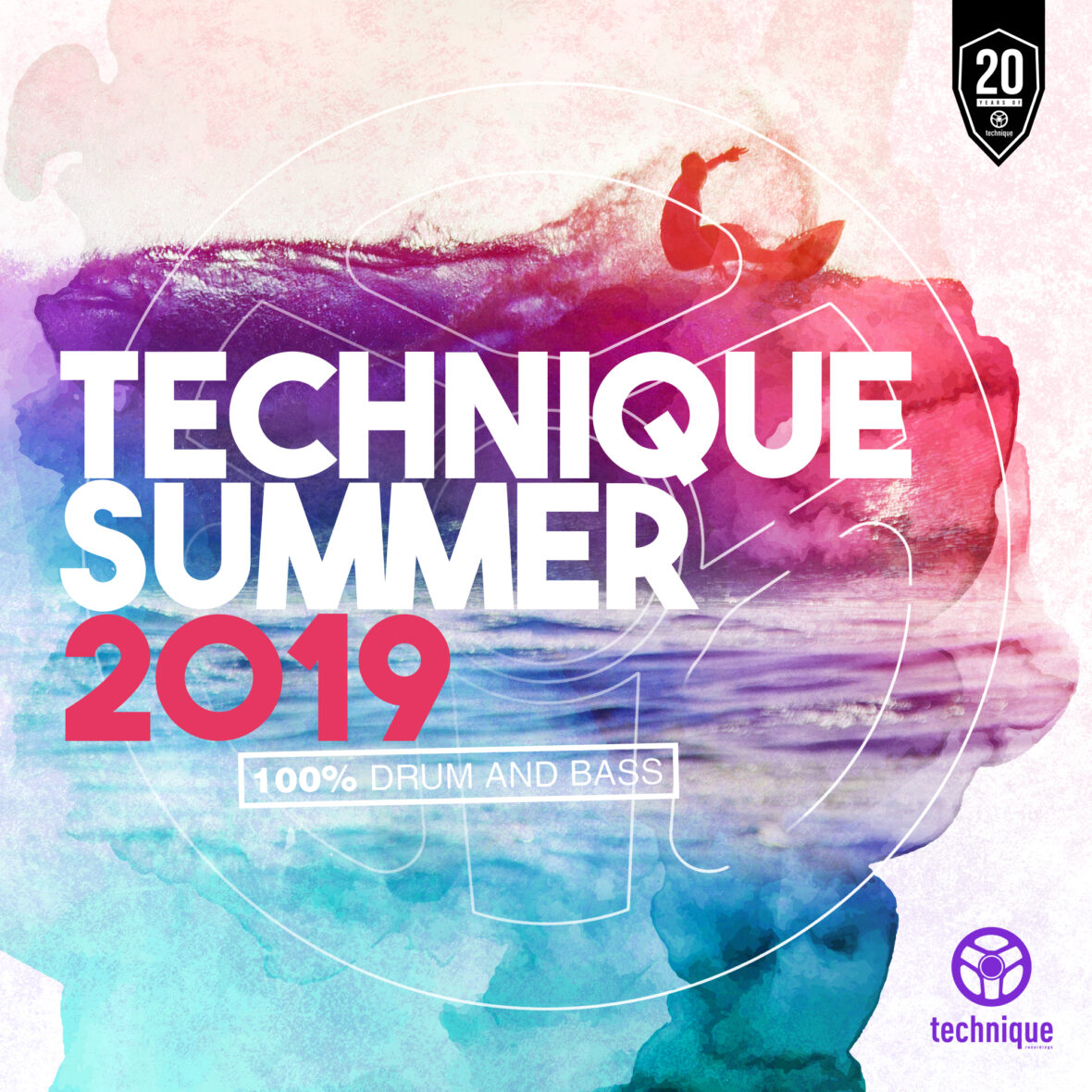 Every summer since 2016, Technique Recordings have been bringing us an epically ambitious album project, combining multiple flavours and sub-genres of drum ‘n’ bass into a perfect soundtrack for the season. And, just glancing down the tracklisting of 2019’s instalment, with its blend of battle-hardened veterans and next-to-blow new generation artists, it’s clear that we’re in for yet another DnB heatwave from Drumsound & Bassline Smith’s label.

For one thing, there’s the strength in depth. Scene originators like Aquasky and Ellis Dee, the latter making a victorious return to drum ‘n’ bass after taking some time away, rub shoulders with newcomers like Technique Music Academy student Delphi. Technique regulars like Tantrum Desire and L Plus line up alongside label debutants like Chrizz0r, Mindloader, and MIAVO.

And then there’s the music itself. We’ve already heard the glorious single “Forever” by Smooth, and that beautiful essence of musicality runs through the LP. Tapolsky & VovKING deliver their typically twisted take on summer melodies, we’ve got atmospheric euphoria from Muffler, and there’s the dark-tinged jazz vibe of Gradual’s team-up with Deuce & Charger.

But there’s more. A Technique Summer album isn’t just music for chilling with, it captures those high-energy festival and all-day rave moments too. Tracks like Drumsound & Bassline Smith’s “Time to Let Go”, Zeal & Exile’s “Seeing Shaped”, and NC-17’s “True Grit” add a touch of toughness to the sunlit sounds. Tracks from this album are going to find a place in sets everywhere.

In years to come, this just might just be seen as an era-defining compilation. Undisputed legends sharing a tracklisting with some of the most promising up-and-comers in the scene right now, to deliver a multi-dimensional summer drum ‘n’ bass experience. Across thirty-eight tracks, there’s a whole treasure trove of DnB to discover right here.