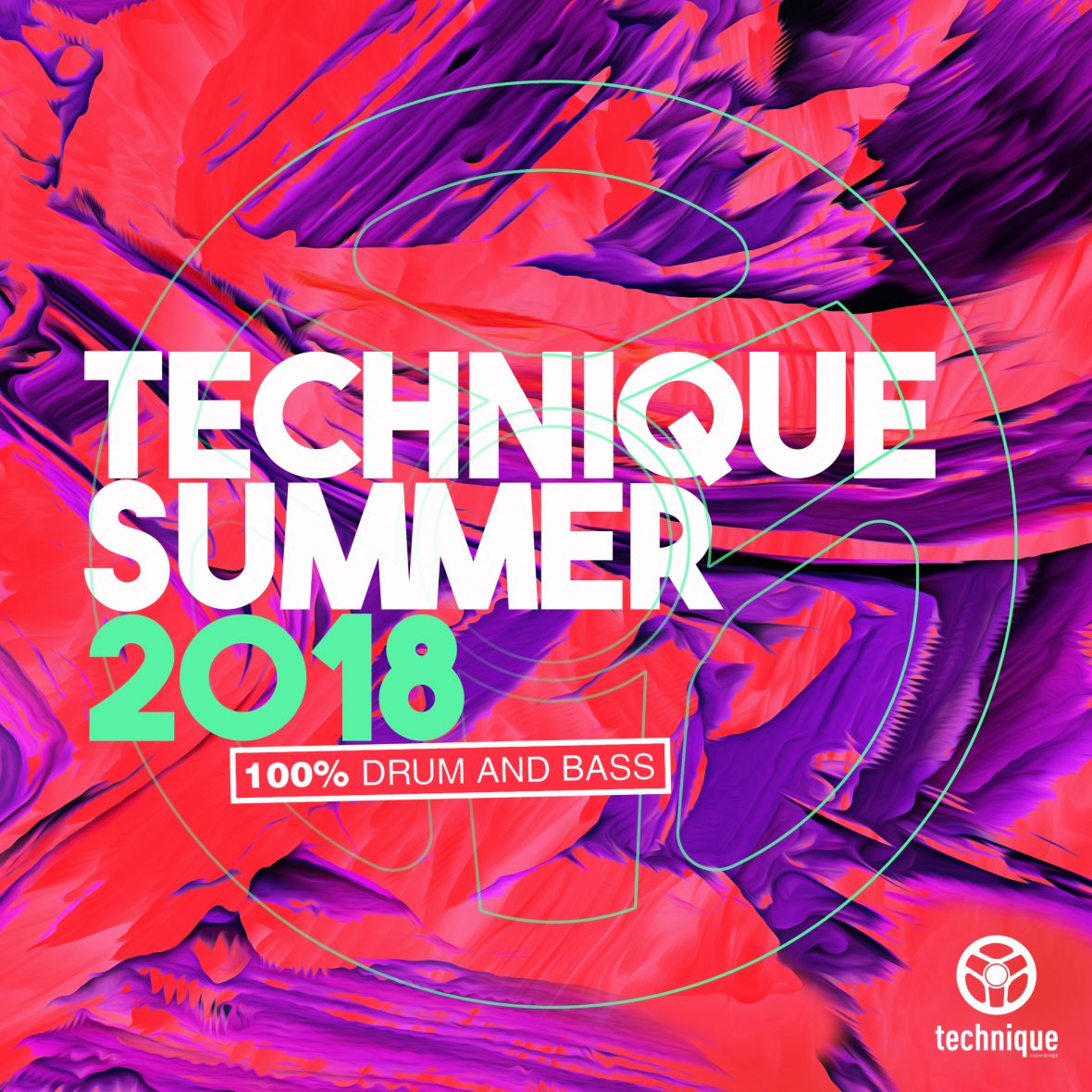 When the sun’s out and a season of holidays, festivals, and general good times stretches lazily out in front of you, there’s only one thing required to complete the picture. And that’s a drum ‘n’ bass soundtrack, ideally curated by some of the most respected tastemakers in the scene. Lucky us, then. Drumsound & Bassline Smith are back with Technique Summer 2018, a compilation stacked with the full three-sixty of DnB.

Of course, the label bosses themselves treat us to a couple of choice cuts from their studio. There’s the epically atmospheric I Want Your Love, and you’ve probably already heard the militant jazz-tech of The Hustler scything through a rave.

Then there’s Technique’s roll-call of soldiers. From the intimate and emotive sounds of Tapolsky & VovKING, via a minimal roller from Kronology and a sunlit take on Gradual’s sound, onto the main stage fireworks of L Plus and Tantrum Desire’s contributions, and the unshakably individual MaxNRG, we’ve got every piece in the jigsaw.

Document One fans will be buzzing for Uh Huh VIP, while recent signings No Concept show what they can do with two different takes on Silhouette. T-Phonic & Deadman come correct with the Time Travel, while Deadman (now known as Al Storm) gives us two versions of the house-influenced Always There. And we’re yet to discuss the guest contributions from a huge range of disparate artists.

Aquasky and North Base make return appearances to the Technique banner, there’s the legend that is DJ SS, and Multifunction boss Levela delivers his debut for the label. The explosive euphoria of Smooth’s All Over the World was a crowd favourite since it dropped as an album sampler, and, similarly, names like NC-17, Dave Owen, and Muffler need no introduction.

You only have to glance down the list of thirty-six tracks on this album and the eye-watering array of artists assembled for this project to see the love that Drumsound & Bassline Smith have put into compiling it. Names range from undisputed institutions of DnB to relative newcomers, with music touching every corner of the scene.

This is a summer album, sure, but it’s also a 2018 DnB album demonstrating the strength, breadth and depth this music has to offer. The sun’s come out and the heat has arrived.