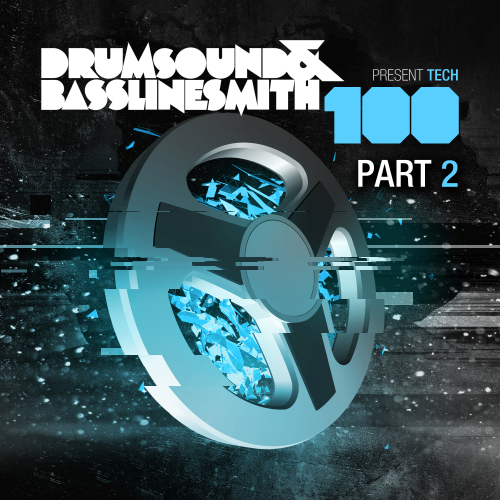 Before the reverberations of TECH 100’s onslaught have even faded away, Drumsound & Bassline Smith are back with Part 2.

First up is Phantasm, infused with echoes of hardcore from the intro. Growling bass and haymaker drums maintain the assault and, even when the track breaks down, high- tension stabs punch back in giving no time to let up. This bullies ravers into moving and accepts no refusal.

Then the moost apparently lightens with Make Some Noise. A warm sunrise intro draws you in, but then the calm is shattered. The eponymous vocal sample is the alarm signal before a driving mid- line and drums build to a tumultuous drop. When the rave needs adrenaline to the heart, here’s one to draw for.

Now the energy level’s appropriately red-lining, Drumsound and Bassline Smith keep it there with the VIP edit of Can U Feel It. The original has already earned its stripes in the parties of the world, and this mix twists it into the shape of an unstoppable steamroller. Bouncy percussion and syncopated bass plus the salute-to-the-old-skool sample selection make this a cut for the true heads.

Finally, we roll into Violator. This is call-to-action music. The intro hints at film-score elements, setting the scene for something dramatic. That drama is delivered with a monster drop. Drums, bass, swirling atmospherics and a spy-movie riff keep the plot building into an unmissable epic.

It’s still early in 2014, but Drumsound and Bassline Smith have already set the tone. Joining the dots between the past and future of drum and bass, the double-strike of TECH 100 sets the standard for the next century of Technique releases. So don’t blink, you’ll want to be watching.