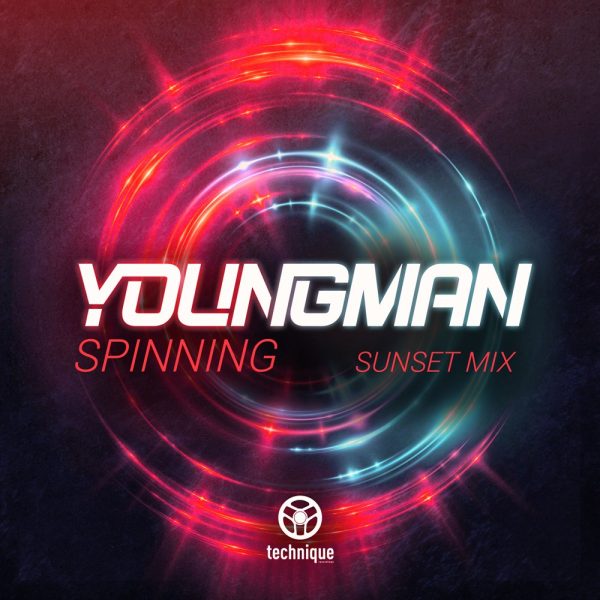 There can’t be many DnB emcees and vocalists who’ve written songs for Britney Spears, released tunes on Digital Soundboy, V Recordings and Technique, and toured with Wilkinson. In fact, there’s exactly one. Youngman. And now he’s back on Technique Recordings to push the art of vocal DnB a few notches further.

We’ve already heard the first part of his “Spinning” project, where, over a series of releases, Youngman’s song, written in collaboration with Kai Smith, is taken in three different musical directions. This time, we’ve got the “Sunset Mix” and, as you’d expect from that name, things are getting a little darker. The foundations are laid with some eighties horror-flick vibes in the intro as reverberating synth-drums echo around the vocal, adding weight and depth to the already-emotive song.

As the bassline and beat surge into view, accompanied by a broken-chord riff in the top end, the tune becomes all about the almost overwhelming analogue warmth. Offset with layers of percussion, the tune keeps building as new verses ride over the top. Without ever sacrificing musicality or soul, the tune builds a black-shadowed soundscape for ravers to lose themselves in.

All in all, this is a totally new take on the vocal from the producers and Technique bosses Drumsound & Bassline Smith. We’ve heard it delivered as liquid, as this darkly melodic roller, and there’s still one more twist to come. Can there be another surprise in the third and final act of the “Spinning” story?