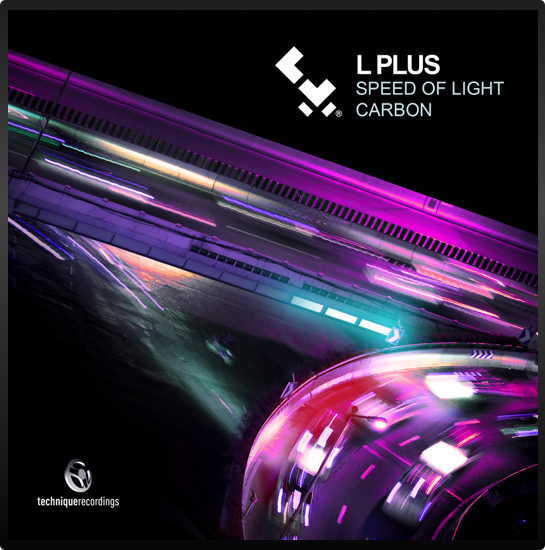 You know what L Plus can do. We’re talking expertly-designed layers of synth, thousand-horsepower basslines and iron fist drums. All that, constructed with a rare combination of elegant musicality and a strictly party-hyping attitude.

Speed of Light goes first, setting the scene with a typically wide-open cosmic intro. Then an insistent bass tone marks out the half-beats. This builds into a double-time walking bass assault builds to a drop which makes every offbeat pop and crackle with its own extra burst of energy.

Then Carbon turns the page to the next chapter of the same story. Going straight in with the bass right from the top, this one shares DNA with some of the funkier techstep from around the turn of the millennium. With only a few perfectly-crafted elements in play, L Plus manages to conjure up a sound that’s contemporary yet classic.

This is 2014 dance music, but made by a true head that recognises the heritage. As well as delivering stadium-size harmonies and heart-palpitating builds, L Plus can also take things a shade rawer and provide some rhythm-section funk too. Time to cop this new weapon from the Bratislavan badman’s armoury.