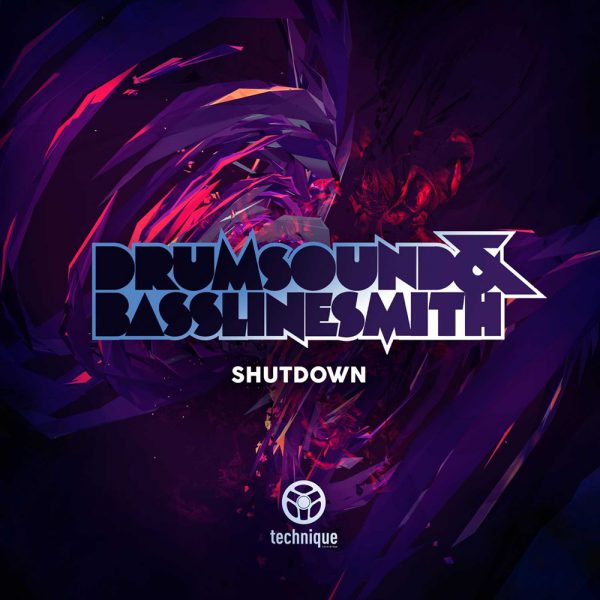 The bosses are back to show us how it’s done. Seemingly more prolific than ever, with releases on multiple labels in recent months, Drumsound & Bassline Smith have returned to their home turf with something brand new. You’ll have already heard this dealing out some damage on Friction’s Radio 1 show, and now it’s been unleashed.

“Shutdown” opens with the dark horns and meditative chimes of a horror soundtrack. So far, so tense. But then we’re taken on a series of unexpected detours which serve to build anticipation even further. A discordant arpeggio filters in. Then, a blast of bass stamps its authority. This melds into a riser which is the final signal that the drop is nigh. We’ve already been taken on a journey by these morphs and shifts before the track even delivers its bassline and beat payload.

Then the drop is dominated by that arpeggiated figure, now laid over a foundation of a poundingly-percussive bassline. This tune’s unrelentingly driving, and as a series of sixteen bar switch-ups keep the energy high, it’s only the system-glitch transition into the sparse and shadowy breakdown that will give the rave even a moment’s respite. It’s intense, stomping D&B that’s going to give any dancefloor a workout.

There aren’t many who can test the longevity and workrate of the artists that make up Drumsound & Bassline Smith. And “Shutdown” is the most recent in a series of releases which prove that not many can test their sheer rave-wrecking abilities either.