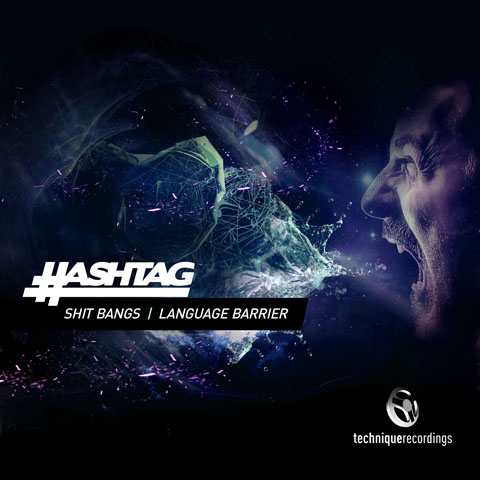 Only one release in and Hashtag have already stamped their authority on the D&B world. No surprise, when you consider that this combo consists of Erb n Dub and KG, already scene veterans in their own right. Tracks from their debut release, the Hurt and Pain EP, have been blowing up raves and radios worldwide. And now theyre back to prove it wasnt a fluke.

First up, we have Shit Bangs. This plays by its own rules. It’s the sound of trap music being broken down and reintroduced to its UK dance music heritage.What results is a half-speed D&B workout that will quickly gain a rep as the one to draw for to
induce involuntary skanking.

And, just to remind you Hashtag have more than one trick up their sleeve, then we have Language Barrier. This sneaks into your consciousness with filtered synths and a rolling beat before opening up into hands-in-the-air stabs. Emotive arpeggiated figures flicker into the scene to herald a drop that ravers wont be able to resist.

This is dancefloor manipulation material. With airplay on Kiss 109, Radio 1 and 1Xtra already achieved for this release, Hashtag’s music has quickly proved to be an essential part of all bass-conscious DJs sets.