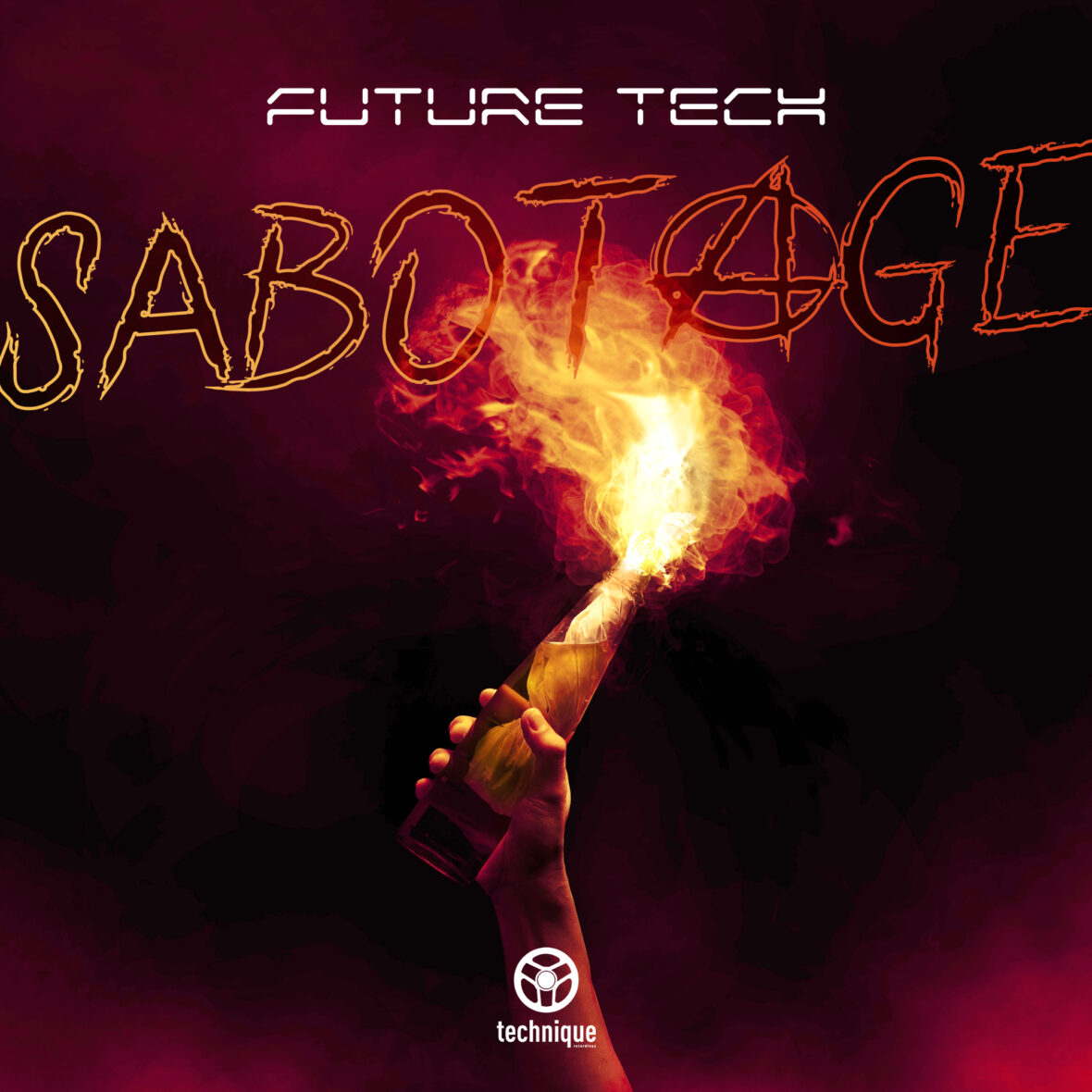 Future Tech have returned. For those who don’t know the history, this was the production outfit behind the very first release on Technique Recordings back in 1999, as well as the twentieth-anniversary remix that introduced the name to a whole new generation. But, even if the name’s unfamiliar, the artists behind it certainly aren’t. You know them as Drumsound & Bassline Smith.

So what does contemporary Future Tech music sound like?

Well, right from the unsettling glitches and darkside claustrophobia of the intro, ‘Sabotage’ is a raw and gritty proposition. That unrelenting buzzsaw bass tone slices through the atmosphere, a militant call-to-action for the dance.

Then, Future Tech drop us into a shadowy stepper, fluctuating waves and pulses of bass occupying the space left by the minimalist drums. Already, this is going to hit hard in raves everywhere, but there’s more to come. Keep it running and you reach a masterful breakdown, drawing on a new palette of swirling atmospheric sounds, reconfiguring and rebuilding to dancefloor destruction.

In what, hopefully, is the first of many new Future Tech productions, Drumsound & Bassline Smith have delivered an expert-level deejay weapon. Minimal yet heavyweight, elegantly restrained but explosively powerful, this is yet another stylistic twist in the story of these legendary producers. Don’t miss it.