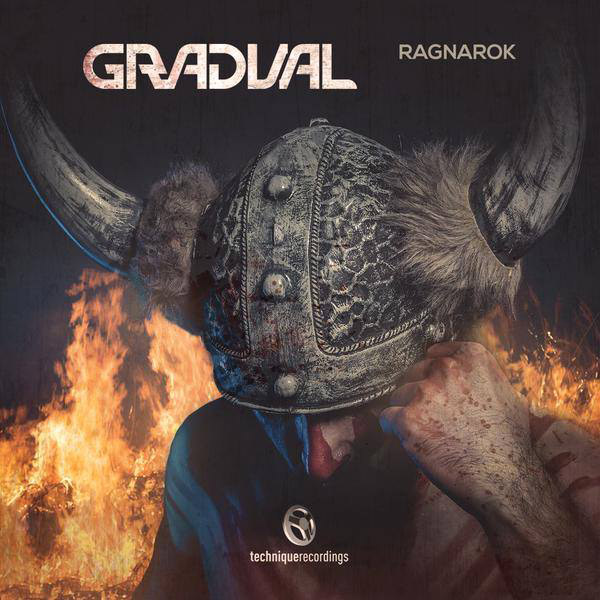 From their Spanish base, Alerstorm and Ice Stereo have been scorching multiple labels across Europe for years with their individual brands of neuro-influenced music. Now their powers have combined. This is Gradual and it’s time for “Ragnarok”.

The first two tracks lay out the blueprint. The title track’s militant drums, portentous timpani, the sound of spent ammo hitting the deck and a cold front of low-end tell the story. The drop is total war as motifs shred among weighty kicks and warping synths. Then the follow-up punch of “Devastation” reinforces the vibe, raking over the remnants on the bloodied battlefield and reinterpreting the elements into a clinical, technoid format.

As “Reaper” begins, it promises respite from the screwface intensity. Evolving pads and a warm plucked melody offer a glimpse of euphoria, until building drums scratch that idea. The drop twists the track into a glitchy kaleidoscope of head-nodding percussion and ephemeral shards of distorted and manipulated sound.

“The Escape” takes things to the next level of complexity. Two rhythm patterns vie for supremacy, as the steady and the syncopated weave through each other. Just when Gradual have knotted things up to Gordian-form they break it down and show off each transformed element. This is deep musical construction without ever losing the drive and energy to smash it in the rave.

Then “Ashes” brings a new facet to the sound. There’s space in this soundscape for each precision-strike of bass to reverberate. The muted high-end punctuated by a doleful tambourine hit serves to emphasise the oppressive force of the low frequencies. This is a punchy, dubby four-in-the-morning tune to darken up the party.

Finally, “Not Repetition” takes things to full-on rinse out territory. The huge sweeping bass timbre, backed up by felling-axe drums, make this instantly recognisable and instantly danceable. This is where Gradual demonstrate that they can strip their sound back and deliver a targeted assault straight at the rave.

As an introduction to Gradual, this release does exactly what it needs to. It shows that these producers aren’t playing, they’re bringing it hard and dark and they know how to satisfy ravers and musos alike. This is the sound of Spanish D&B representing, and you know there’s more where that came from.