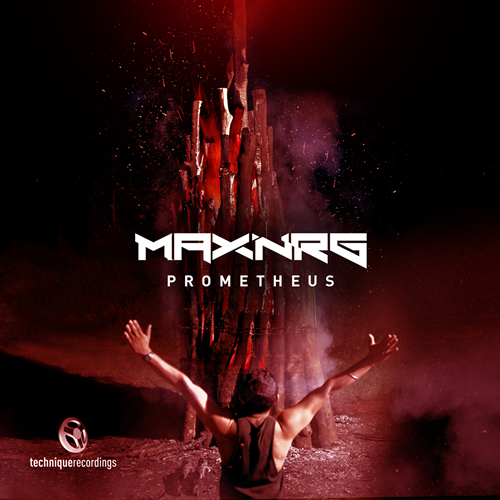 The word unique gets bandied about a lot when new artists are being promoted. MaxNRG, Technique’s latest signing, however, deserves that moniker. Representing Ukraine, he’s been a pioneer of the drum and bass scene in his homeland since the late nineties, and now label bosses Drumsound & Bassline Smith have lit the fuse that’s going to blow up his reputation worldwide.

From the opening bars of the title track of this EP, Prometheus”, you can tell there’s something different about this producer. Sure, it’s got the dance-demolishing bass and beats that you would expect from a Technique Recordings release, but it’s MaxNRG’s melodic sense that really sets him apart. Twisting Eastern European musicality around the drum and bass paradigm creates a style that you’ve really never heard before.

Then, “Arkan” takes it up another notch, explicitly laying out the blueprint to MaxNRG’s approach. This is unmistakably the sound of Ukrainian D&B. Traditional folk sounds organically blend into razor-edge synth-work in a way you wouldn’t have thought possible. The combination of styles melds into a high-energy workout guaranteed to become a rave anthem.

Next, just to show he’s got more than one trick up his sleeve, Max throws down “Metro 2033 VIP”. This is a slice of technoid darkness designed to show that he can do atmosphere and tension as well as upbeat melody. Layers of floating pads and percussive sounds dissolve into a skank-out drop to prove this producer has got all bases covered.

And while he’s covering bases, the final track “Sunset of Empire” covers two in one. He delivers a beautiful film-score panorama of an intro, and then brutally switches and glitches things up with a serrated bass-drop.

The “Prometheus EP” is just the beginning of MaxNRG’s assault on the world of D&B as part of the Technique Recordings crew. Any discerning DJ who hears these tunes will want to be part of that assault too. Ukranian D&B has planted its flag, and now it’s here to stay.