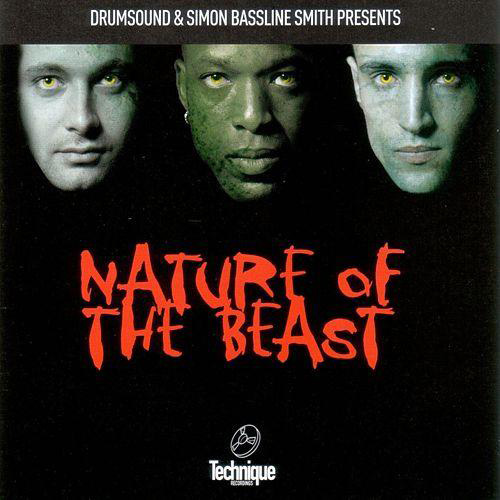 Five years after the launch of their Technique Recordings label, Drumsound & Simon “Bassline” Smith stand on the brink of releasing their debut album ‘Nature Of The Beast’.

Five years of blood, sweat and tears have paid dividends. Technique has moved from respected underground drum & bass label to one of the leading labels in the industry with regular DJ support from Grooverider, Roni Size, Andy C, Hype and all the big hitters.

Drumsound & Bassline Smith have had a prolific strike rate and maintained the high standards they’ve set themselves. With recent releases on other labels including 2004’s No.1 club smash ‘Odyssey’ (Prototype), plus releases on Good Looking, Creative Source and Renegade Hardware you know this outfit are in demand!

What better time to launch their most ambitious project to date, the ‘Nature Of The Beast’ album. The sampler ‘Tyrant’ has surrounded the outstanding Crossfire (Danger) with Andy C selecting it for his ‘Nightlife 2’ mix CD.

Tracks like ‘Tinman VIP’, ‘Sucker’, and ‘Bust It Up’ are killer tracks that ooze the futuristic dancefloor bust-style they’ve made their own, while the golden honey vocal on ‘Ever Changing’ takes the album in a more melodic direction.

‘Mars’ follows this trajectory with its smooth atmospheric vibe reminiscent of LTJ Bukem in full flow, before ‘The End’ sees the album finish with a knockout blow.