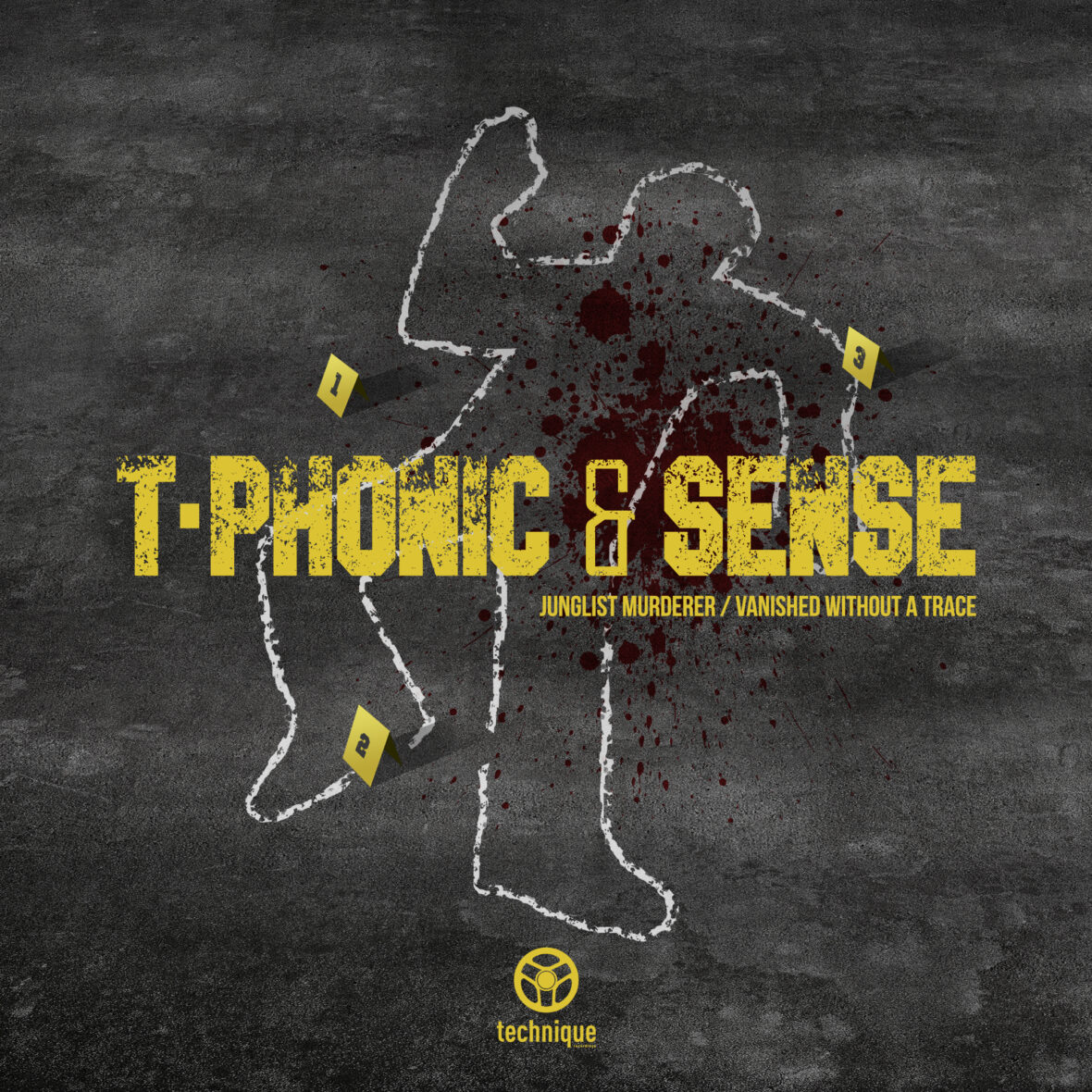 It’s time for some veteran business on Technique Recordings. We’ve already seen T-Phonic dropping bombs on the label with his almighty team-ups with Deadman (now operating under the name Al Storm), and, of course, Sense’s name will be familiar to all real heads. Whether you know him from his long-standing Moondance residency, his huge collabs with the likes of Peshay and J Majik or his heavyweight solo back cat, it’s clear he brings some serious pedigree to the table.

So, what’s the story here?

The first track is called ‘Junglist Murderer’ and, seemingly, it does exactly what the title suggests. We’re thrown headlong into a landscape of rave stabs, manipulated breaks and ragga vocals. But that’s just the intro. With an OJ’s ear for twisting up styles and patterns, T-Phonic and Sense build to a drop which presents a whole different angle.

Then, ‘Vanished Without a Trace’ displays a whole other facet to T-Phonic and Sense’s style. Cinematic layers of warm and enveloping synth-work paint an epic sci-fi setting, supplemented by the eponymous dialogue sample. We’re in a world of huge, rising, hopeful chords, but with an insidious note of darkness and danger just under the surface.

The pounding savagery of the drop punches a hole straight through whatever gentle and comforting warmth there might have been in the intro’s harmonies. Now we’re down to business with explosive drums and shuddering low-end, and paranoid rising tones keeping the tension at heart-troubling levels. T-Phonic and Sense aren’t close to being done there, though. They’ve saved some of their most twisted modulations for the second drop, making this a versatile weapon for creative deejays.

There’s a combination of styles here, as junglist influences meld with modern dancefloor DnB. T-Phonic and Sense have delivered two tunes that are going to find a place in sets across the drum ‘n’ bass scene and beyond. Unmissable.