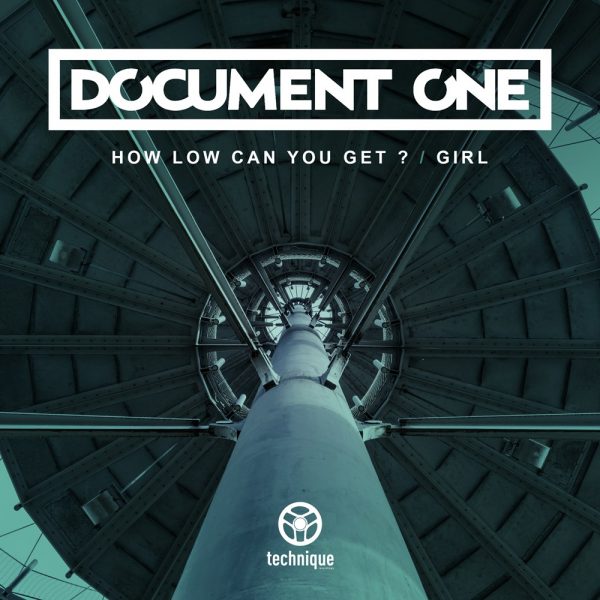 Without compromise, without fuss, the Document One boys have established themselves as certified production dons. They’ve managed to weave strands from soul, jazz, hip-hop, techno and funk together into something that’s always just a bit unpredictable. Well, that’s not quite true. The one thing you can predict with certainty is that, every time, they’ll do some serious damage in the dance. And here’s their new release to prove it.

“How Low Can You Get?” opens in a sci-fi landscape populated by sweeps of pad and distant shimmers of reverberating hits. As high-pressure swells of bass signal the approach of the drop, digital glitches in the high-end take us further into tech paranoia. How low can you get? Pretty damn low, as the stripped-back, kick-heavy beat supports the drop of weighty sub-shattering basslines. This is dark, insistent and powerful, playing at the borders of the DnB genre without ever sacrificing dancefloor vibes.

“Girl”, on the other hand, might just be Document One’s deepest excursion into soul territory so far. An RnB vocal riff, surrounded by loose percussion and fragile keys that meld into pads, hints at where this track is headed. Make no mistake, though, along with the melodic elegance and that beautiful lighters-up breakdown, there’s an undercurrent of energy. Expertly constructed surges of bass drive the track onwards under popping beats. This is fluid drum ‘n’ bass music for raves and airwaves alike.

Once again, Document One have shown their ability to combine production technique and musicality with the fundamental quest to get the party moving. The two tracks on this release are almost opposite in tone, night and day, tech and soul, but the fingerprints of Doc One are unmistakeable on both. It seems there’s still a lot more genre-bending innovation left to come.