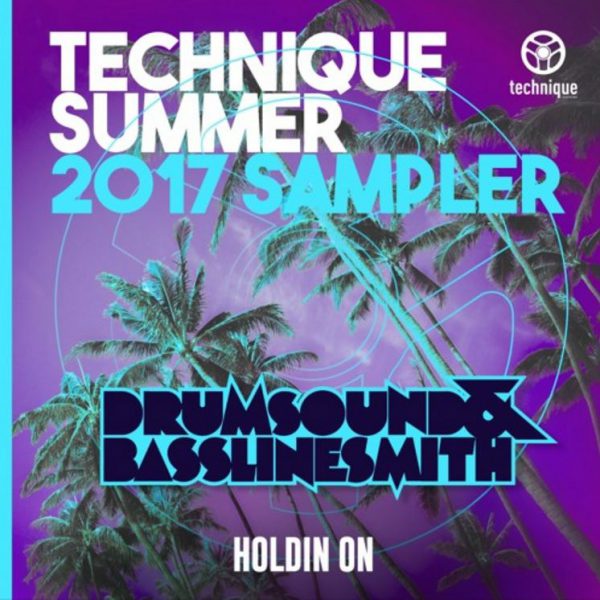 It’s that time once again! Time for barbecues, beaches, blue skies and a heavyweight selection of bangers to soundtrack it all. Yes, as is now established tradition, the arrival of the sun signals a brand new Technique Summer LP, and the first taste of it is here. It’s something fresh from Drumsound & Bassline Smith, the label bosses themselves. So, you know this is going to be big.

Right from the first uplifting warm strings and piano chords, Holdin On has hands-in-the-air anthem written all over it. Those soaring vocals ramp up the euphoria even further, and make this a tune that you’re definitely going to want to pull back and play from the top.

Drumsound & Bassline Smith then give us one of their trademark monumental builds to make this a guaranteed floor-filler.We’re dropped into deeply satisfying skank-out material. Over the top of seething pulses of bass and crisp, rolling drums, there’s a percussive riff which makes this tune instantly recognisable.

As this melds with reconfigured twists on the vocal melody, al the elements combine into an epic production that’s going to light up the biggest venues and most panoramic festival stages 2017 has to offer. In short, it’s a big tune.

It might only be the first glimpse of what the Technique Summer LP 2017 has to offer, but this release a killer in its own right. Technique’s seasonal compilations are notoriously huge and diverse, but if Holdin On is anything to go by, the levels could be the highest yet. It’s going to be a good summer.