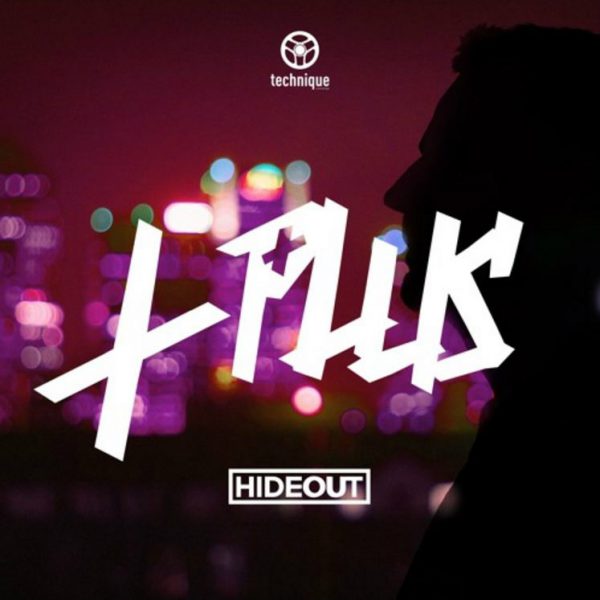 Chalking up support from the likes of Radio 1’s Friction, DC Breaks, Tantrum Desire, Crissy Criss, Drumsound & Bassline Smith and a whole host of other heavy hitters. And you wouldn’t really expect anything less, given this artist’s pedigree. He’s been in the game since the late nineties, chalking up some hugely successful releases on some of the biggest labels in drum’n’bass.

As a DJ, he’s a regular fixture at huge shows in his native Slovakia and beyond. And, since signing exclusively to Technique in 2011, his position as one of the scene’s top tier producers, able to flex engineering skill and musicianship in equal measure. So strap in. It’s L Plus’s debut LP and it’s a monster.

The title track, Hideout, lays out the blueprint. Never quite predictable, the tune takes us on a quirky journey through unexpected chord patterns and structural experimentation, and that’s just in the intro. Make no mistake, though, L Plus hasn’t compromised on sheer rave-hyping ability either, the huge build-up is definitely warranted by the weight and power of the drop. And that trend continues.

You’ll probably already be familiar with cuts like Creature Must Die and Avenger, which strike that perfect balance between individuality and dancefloor energy. And that’s just the start of what the album has to offer.

Take the warm nostalgia of Battleground for example. There’s real depth of emotion in the classic-synth melodies, delivered in a way you won’t have heard before. Then there’s Make You Feel, a twisted and techy journey through rhythm programming, and the half-speed madness of Get Ugly. The one constant feature is that all of these tunes, however expressive or resistant to pigeon-holing, are built to make ravers move.

Of course, this wouldn’t be a Technique Recordings album without some heavyweight collaborations. The mighty John B passes through on Original 80’s, to push some synth-pop and electro flavours to the limit. Muffler joins in on the uncategorisable orchestra-meets-filth of Cinematic. Drumsound & Bassline Smith add their spin to the melody and griminess collision of Jetpack. Plus the rock-solid mic man Coppa graces Lock to the Greatest with his presence to add a whole new facet to the sound.

You’d better believe this just scratches the surface. We all know L Plus’s productions have layers to uncover, so this album is going to bear repeated listening as well as heavy rotation in raves and across airwaves. When that’s true of every single track on an LP, you know we’ve got something special on our hands. The anticipation was justified. Check it.