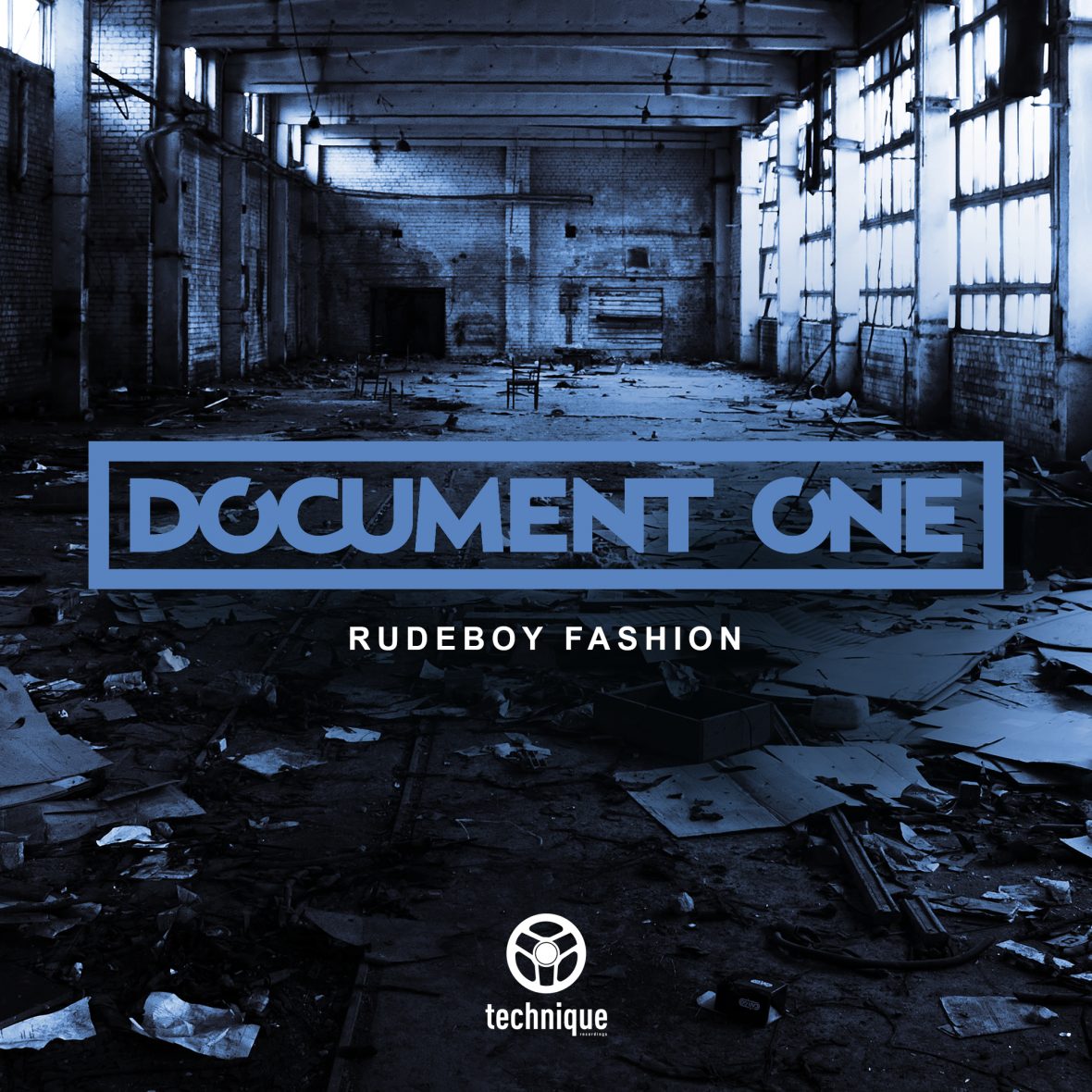 Ever since they signed to Technique Recordings, Document One have been carving their own path through drum ‘n’ bass. Sure, you can point to their influences like jazz, funk, hip-hop, or neuro, but their individual brand of musicality doesn’t quite conform to a neat sub-genre pigeon-hole. Capable of smoky, laid-back grooves or anthemic power, the one permanent feature of their music is straight-up dancefloor destruction. But, now, foreshadowing their five-track EP, here’s something to show off a whole different dimension to the sound.

The intro of “Rudeboy Fashion”, sparse and atmospheric as it is, could almost come from a classic-era Good Looking or Moving Shadow release. When that break filters in and out under the vocal, it’s clear that this is one for the heads. We’re being set up for a deep, dark, and soulful roller, tinged with a techstep mentality.

As it drops, with booming and pitch-bending swathes of bass under the two-step roll-out, this is unmistakeably Document One material, but with a twist. They’re exploring musical territory we haven’t seen them travel before, but with that jazzfunk, rave-minded sensibility that means this is going to kill wherever it’s played. It’s going to resonate just as much with the new wave of roller fans as it will with the old skool crew who felt that jungle-DnB intersection the first time round.

Bear in mind, this is just a taster for the “Haunted Spaces” EP. In terms of track quantity, it’ll be the biggest project Document One have yet given us, and it’s clear that we’re going to hear some new and unexpected angles. As they proven over and over again, though, whatever they come with, they’ll hit raves, airwaves, and DnB charts hard.