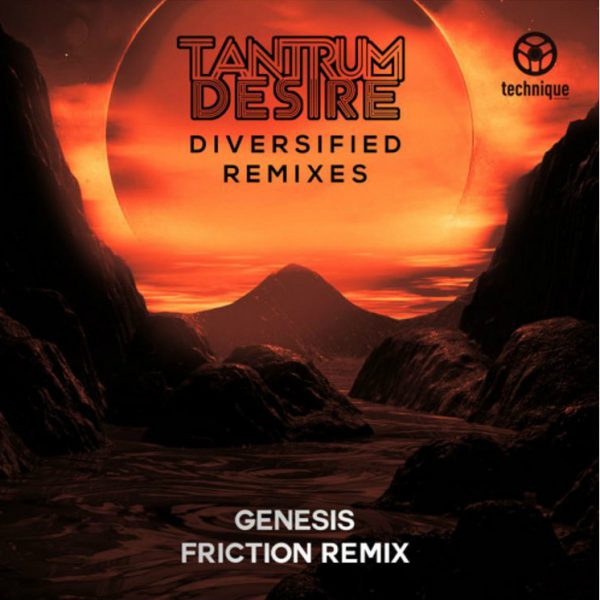 It’s become clear that Tantrum Desire’s debut album project, “Diversified”, had way more high-octane in the tank than was revealed when it first dropped in 2015. Monumental though it was, the succession of nitro-charged remixes that we’ve been treated to show that those sounds have a lot more to offer. And now one of the indisputably biggest names in drum and bass music has joined in the action. Yes, BBC Radio 1 and Shogun Audio’s very own Friction has reported for remix duty.

“Genesis”, in its original form, was one of the breakout hits of the album, and is set to reach those heights again. Friction stamps his authority on the track immediately, and reconfigures the elements into a savagely gritty and grimy intro. Dark swathes of bass and ominous pads leave no uncertainty: this is going to be heavy. The point is driven home by a massive, rumbling kick-build, pushing the rave’s anticipation off the scale.

The version we all know was marked out by those bouncy swing-time beats, and Friction delivers them in all their irresistible glory. The sharp call-and-response between high and low-end emphasises the groove even further. Friction’s retained all that dancefloor energy, while adding his own extra twist of filth in the bassline.

We couldn’t help skanking out to the original and this remix is just as addictively floor-filling. With this most recent chapter of the “Diversified” story, one of the scene’s heavyweights has proved that there are still twists in the tale. Another one for discerning selectors on all sides of the scene.