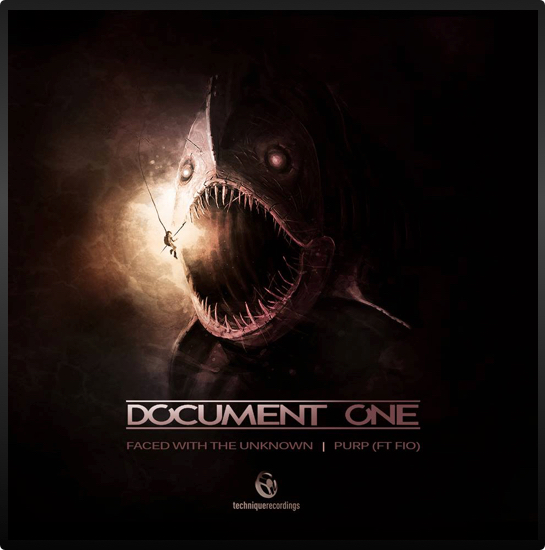 Already, tracks from Document One’s debut on Technique, the Revolution EP, have been chalking up serious airtime and rave-play, so you know this release is going to be big.

Faced With the Unknown takes us straight into darkness. Background atmospherics create a bed for cinematic arpeggios and some apocalyptic narration. The drop adds an extra layer of paranoic claustrophobia which gives every drum hit, bass squelch and triggered sample the space and weight to really strike hard. This is four-in-the-morning music for when daylight is just a memory and it’s time to cast a shadow over the rave.

Purp is something different. A fully-formed UK hip-hop intro, socially-conscious bars from Fio and all, sets the mood. But before we have time to strap on our backpacks, there’s just a hint of double-time percussion on the horizon, and we’re launched into a filthy drop, with grinding mid-range basses and an insistent resonant snare that turns the heat up to eleven.

It’s only Document One’s second release on Technique but with their already-prestigious discography, it’s clear this release is going to get serious attention. Cop it now.