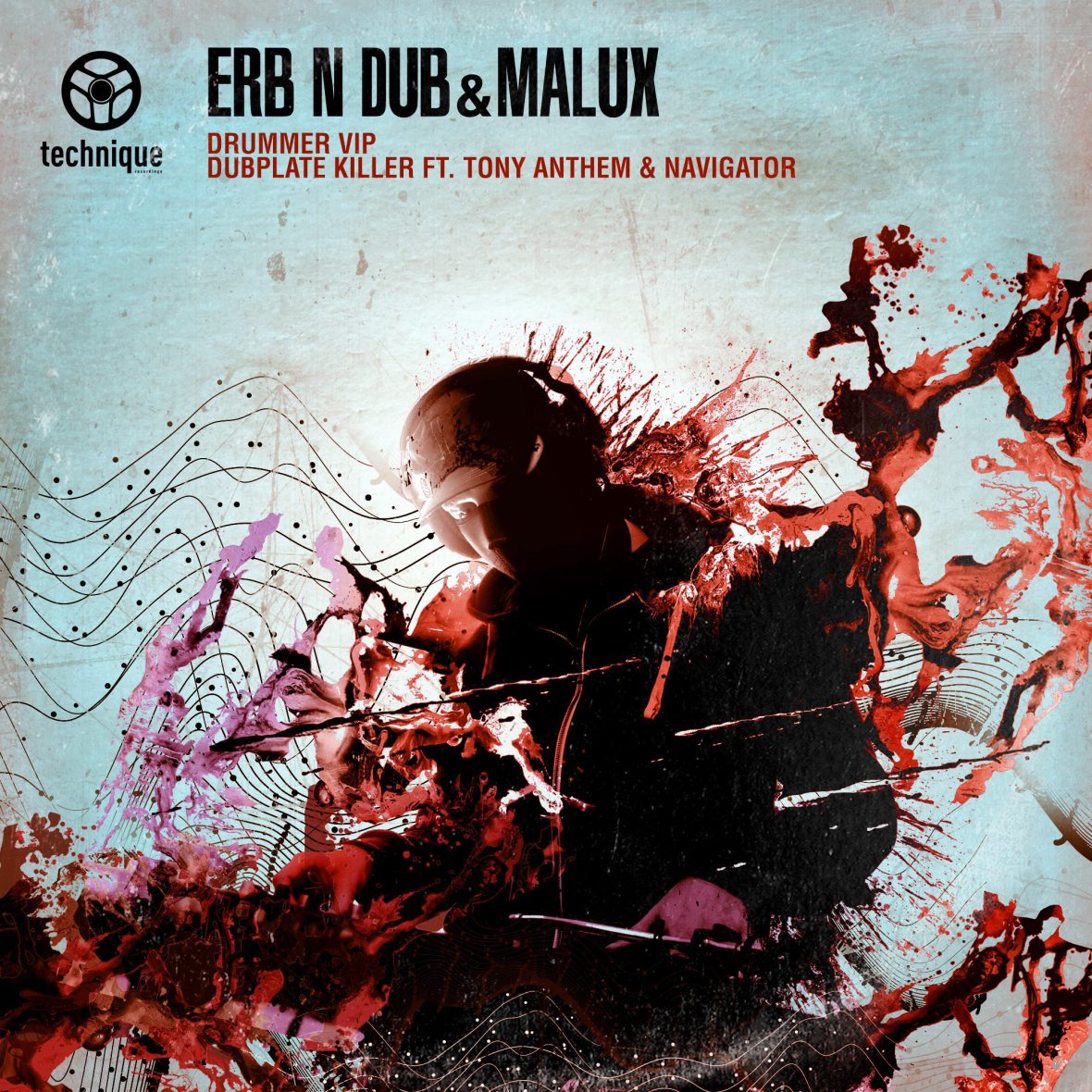 If you’ve been feeling the Erb N Dub and Skope combo that’s been providing us with a masterful series of technically precocious dancefloor killers, then don’t worry. This is the same superhero team-up, it’s just that Skope has given himself a new alter-ego, Malux, specifically designed to push this brand of rave-wrecking heaviness onward. So, after this fresh lick of paint to the war-machine, it seems it’s time for the shelling to recommence. In fact, you’ve probably already clocked the almighty remix of TC’s “Next Hype” that they and Crissy Criss cooked up which has been shutting down raves and festivals everywhere this summer.

“Dubplate Killer” sees Erb N Dub and Malux recruit Tony Anthem and Navigator to the cause. The team waste no time in demanding our attention with straight up gangsta orchestral stabs. The signal is clear: this is going to be big. And it is. Manic drums provide the artillery, supporting the downright illegal chemical attack from switching and rearranging basslines. This is all about the complex rhythmic interplay between bass and drum, something which has become a trademark of these producers. When the dancefloor needs a wake-up call, here’s one to draw for.

The original version of “Drummer” has already proven its credentials as a heavyweight party-hyping monster. This VIP version takes the elements and pushes them quite a few notches more filthy. The unpredictable pitch-warping bass, vying for the spotlight with the frankly insane drum programming makes the drop a screwface moment for ravers and a “WTF?” moment for production geeks. The dance can’t possibly be ready for this, it’s going to have to be wheeled-up to be believed.

Apparently, the artist formerly known as Skope is reserving his old title for more experimental music. This release proves, however, that even as Malux he’s not settling for plain normality. Erb N Dub and Malux are making dancefloor D&B, but that definition hasn’t confined them, it’s just shown which boundaries to push.