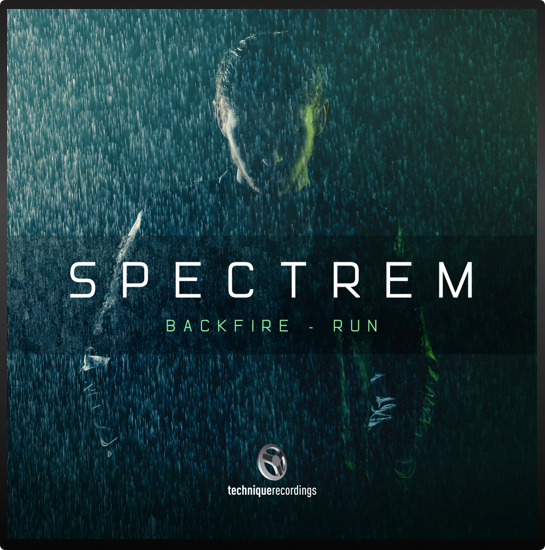 Since Technique first brought this Aussie producer to the world’s attention, he’s been unstoppable. His tracks have been dropped on Kiss, Radio 1, 1Xtra and wherever else good bass is purveyed to discerning listeners. He’s been DJing alongside names like Matrix & Futurebound, Sigma and Drumsound & Bassline Smith. And as if that wasn’t enough, he’s back to increase the levels even further.

Spectrem melds finely-manipulated real-instrument samples with heavyweight programmed sounds to create an ultra-modern cinematic blockbuster of a tune. All that underpinned with barb-sharp, tightly-woven beats delivers a piece of work that’s going to light up sets at any time of night.

Then we’re on the Run. This is a hands-in-the-air callback to the nineties, showing that Spectrem knows, understands and respects the roots of this music. With a percussion line that’ll have heads playing Spot the Break, and a vocal hook that’s pure euphoria, this is no-compromise jungle music. Providing a balance between dancefloor toughness in the low end and soulful sparkle in the melodies, this is one to draw for when its time to transition between styles.

You’ve already been warned that Spectrem is on the rise, and now this release is here to confirm it. So, in case you missed it, now it’s time to wake up and turn your focus towards Perth, Australia, where this guy has more artillery locked, loaded and aimed to blow your speaker box.