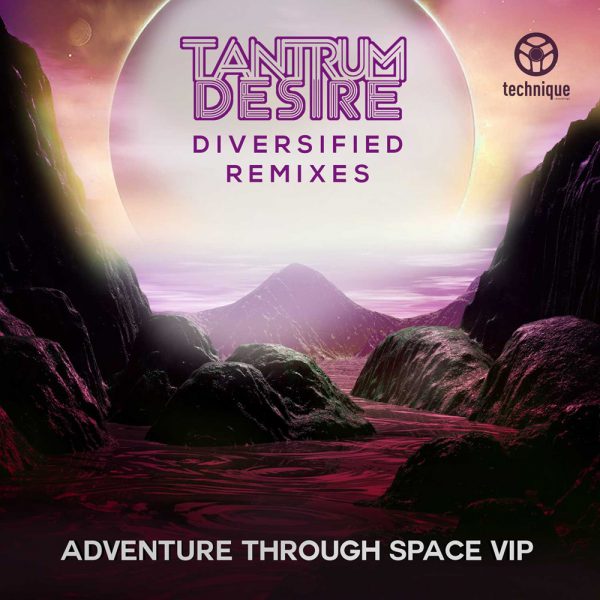 When the sub-genre-subverting Diversified LP dropped, it confirmed Tantrum Desire’s ability to push way beyond whatever limitations might have been imagined. Alongside the anthemic pieces of dancefloor inspiration there were also the darker hues, more experimental angles and a sheen of deep house influence that we don’t often get in D&B. No wonder, then, that cuts from the album were routinely found in selections everywhere from the glitz of Radio 1 to the grime of late-night rave-time.

Now, in a series of remixes of tracks from the album, is Adventure Through Space VIP. The intro keeps all of the cinematic majesty of the original, as a strident orchestral chord progression melds into more gritty synth stabs. As that ravey edge takes over, the people on the dancefloor are given full warning that something dangerous is coming.

Even so, this remix goes one extra step to deliver something beyond anything they could have been expecting. In the original, the drop focussed on interplay between the smooth and the serrated, whereas, this time, Tantrum Desire go for all-out blade-swinging aggression.

A writhing, dirty mid-range bass comes to the fore, supported by ever-building drums and chest-quaking sub. This is one to unite ravers, enough filth for the jump-up crew, enough depth and musicality for the tech-heads.

So whatever your flavour of choice, here’s one to check.