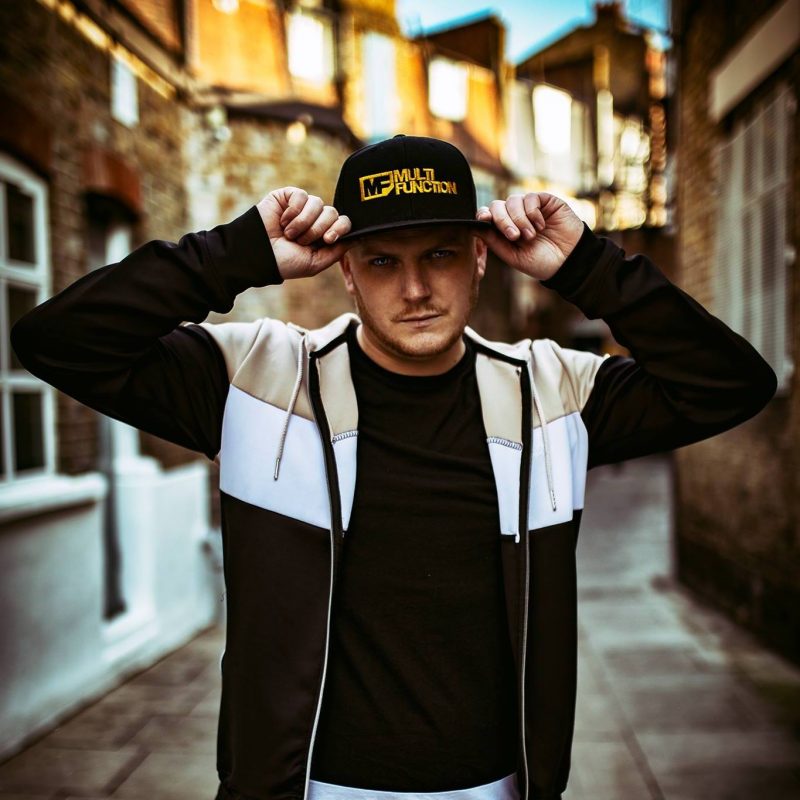 Our Technique Summer 2018 compilation is just a few days away now. Levela contributes one of the 36 tracks so we caught up with him to get the lowdown on this producer you’ll be hearing a lot more from over the next year.

Please introduce yourself and your music for anyone not familiar with you…
Hey, I’m Levela and I’ve been releasing predominantly jump-up and dancefloor drum & bass for ten years now.

How long have you been producing?
I started messing around with Dance Ejay 14 years ago (when I was 12) and eventually ended up on Fruity Loops and my spark for music production just progressed natrually.

How would you describe your approach to music?
Energy is my main ethos, if it works on the dancefloor, it works for me. My earliest influence was The Prodigy and I was instantly hooked on breakbeats and synths and the way they work together to create high energy dance music and so I always try to put that vibe into my own tracks.

What labels have you previously released on?
For the last eight years I have released practically all my music on my own label Multi Function. I prefer having the creative freedom of making and putting out whatever I want, when I want. I released my first full album in November 2017 and that for me was the end of one “Levela era” and the start and turning point for me taking a new direction. Since then I have been writing drum & bass from all across the spectrum and only sent my first demos to other labels within the last six months. The response has been overwhelming as I now have music lined up on some of my favourite labels.

Tell more about Multi Function…
Multi Function has been running for over eight years now and has been home to my own music as well as other great producers like Jayline, Freek, Hizzleguy, Envenom, Ozma, Dub Zero + many more over the years. Although I don’t have plans to put any of my new music on MF, the label will still be operating and putting out music from other artists we’re in to.

How did your track on Technique’s Summer 2018 album come about?
I had always been a big fan of Technique and knew it was a label I would like to someday release on. However it wasn’t until 2015 when I met Bassline Smith at a show we were both playing and since then he’s asked me to put some music towards their Summer LPs. For whatever reason it just didn’t happen on the 2016 and 2017 LPs, but as soon as Simon asked me for the 2018 LP I submitted Tribal Funk and thankfully they liked it and wanted it for the album.

What can you tell us aboutTribal Funk?
Tribal Funk has a rolling vibe with classic breaks and deep tones all glued together with cheeky vocals and funk samples. It has an uplifting vibe so will work nicely with the Technique Summer project.

What are your favourite things about summer?
People. Everyone seems that bit happier and friendlier once the sun comes out and it lets off a ‘feel good’ vibe wherever you go. That, plus beer gardens and BBQs!

Got any other releases / remixes in the pipeline you can tell us about?
My debut release Exhale / Do It with The Prototypes on their label Get Hype Records is, at the time of writing this, sitting in the top five download charts across Beatport, Juno and TrackItDown so I’m really happy with how well that has been received. Next up after Tribal Funk I have a release on Ram Records’ sister label ProgRAM which is dropping in June entitled Orbit / Blown Fuse. There will be more coming out with Get Hype this year plus I’m working on some collabs with some incredible producers which I’m keeping quiet about for now 😉

Your SunDayzed event in Brighton on 1 July looks special, tell us all about it…
SunDayzed was a concept that started last year where we realised the gap in the market in our label’s home town of Brighton for an all-day, open-air D’n’B event. So we had our first SunDayzed event last summer and we totally sold out six weeks in advance which really shocked us. The event went really well so we’re doing it again this year on Sunday 1 July along Brighton’s iconic seafront with The Prototypes, Danny Byrd, Alix Perez + many more.

You must have plenty of other gigs lined up for the summer, any in particular you’re looking forward to?
Yeah, I love the summer season for DJ shows, you can’t beat a good festival crowd to play to. Let It Roll is every drum & bass DJs highlight and I can’t wait to be back again this year. Also really excited for the SW4 x Get Hype Boat Party on the River Thames in a few weeks time! And then after summer I’m off for my third tour of Australia and New Zealand and quite possibly back to North America this year too.

What are your top three tracks right now?
For the dancefloor, it has to be: Levela – Koodana (Sub Zero & Limited Remix), Mefjus – Pivot and K Motionz – Round ‘Ere.

What do you get up to outside of music?
Outside of music I’m a dad to two and a husband so that doesn’t leave much time for anything else!

Anything else you want to tell us about?
Big shout out to Technique and to Drumsound & Simon Bassline Smith, they’re hugely influential in my career and their music certainly helped shape my own music with their raw, dancefloor energy. BIG UP!