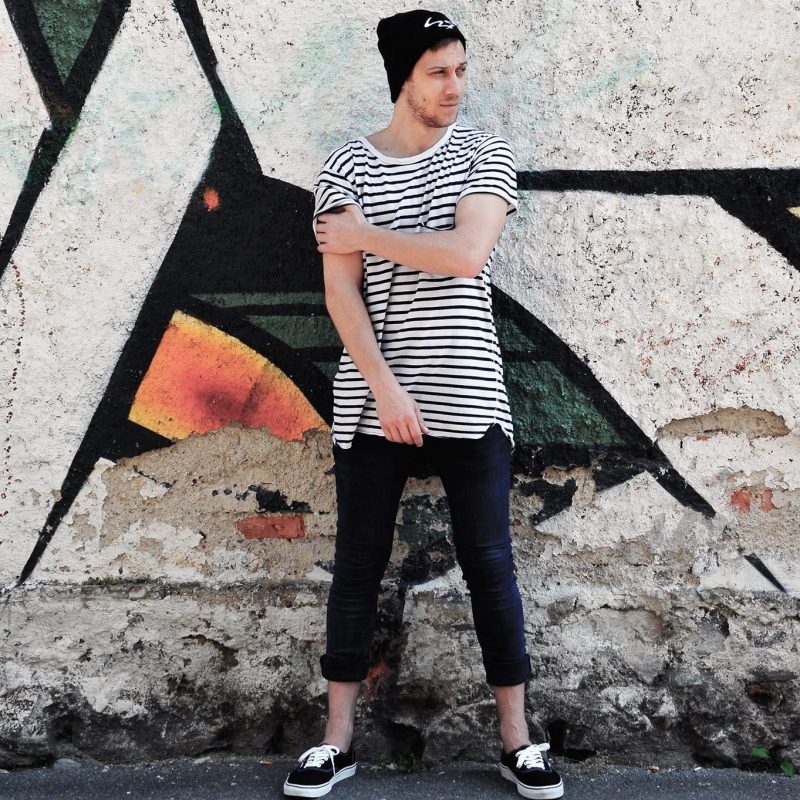 The first sampler from our Technique Summer 2018 compilation, Smooth’s All Over The World, is out now. Smooth maybe a new producer to Technique but he’s no newcomer being previously signed to Viper. We caught up with him recently to find out more about his approach to music, his favourite things about summer and he kindly gave us an exclusive mix.

Where are you from and to what extent would you say this influences your music?
I come from a small country Slovenia. I would say it probably doesn’t influence my music too much as there is lack of drum & bass producers here and the scene is small compared to neighbouring countries like Austria and Hungary for instance. I would say my influences always come from my emotions and I love writing happy and dark tunes, depending on the mood.

What made you want to start producing?
I basically started at the end of high school. My school mate showed me Aphrodite and Bad Company and at that time I was completely impressed with how hard and heavy electronic music can be. I was listening to a lot of punk, metal and hardcore at the time it was kind of a smooth (no pun intended) transition for me. I was hooked straight away and so I started making music quite soon after discovering DNB.

How would you describe your approach to music?
If I had to choose only one word it would be obsessive. I believe there is a bit of OCD so that could add to my approach too. Sometimes I have to move the curtain one centimeter otherwise I cannot sleep 🙂

I reckon every producer a bit obsessive to some degree. You just cannot turn off your studio until you are perfectly satisfied with your work at that moment. Obviously when you listen to the tune next day you are like “whoooaa that does not sound as great as I thought”. So, it sort of becomes this endless cycle where at some point you need to just stop and be satisfied. Otherwise I suppose there would not be any music. We producers are a weird breed 🙂

How has 2018 been for you so far?
It has been really good! Got to play some wicked shows and am specially enjoying my studio time. I feel like I can write anything at the moment. And that is a really good feeling to have when you work. Just letting everything go and doing your thing. That is what satisfies me the most. And when I get a good result I feel happy and accomplished.

You usually release on Viper, how did your track on Technique’s Summer 2018 album come about?
I was exclusive with Viper for quite a few years. I was happy with Viper and we did a lot of good things together and they were the first label that believed in my sound but a year or so ago I decided I wanted to find my own path within the scene. I kind needed a new vibe in my life. You could call it a fresh start. I guess that fresh start connected me with Technique. Also, I have loved the music of Drumsound & Bassline Smith, Tantrum Desire, Document One for years. So it was natural connection I suppose. Really happy to be a part of Technique’s Summer album.

The track itself is called All Over The World, what can you tell us about it?
It all kind of started with the chord progression with this one. I went in the studio completely empty headed and I wanted to just create something. Clicking the notes on a virtual keyboard did not do the trick so I played around with my Roland piano and came up with these chords. I knew I had a very uplifting chord progression on my hands and it became all about making it clubby but not too hard at the same time. I do have to confess that I titled it after I found the sample that’s in the tune. So there is no deeper meaning on the title itself.

What are your favourite things about summer?
To be honest I often wish it would be summer time all the time. Just the fact that I can go out in a t-shirt and short pants makes me happy. I also like the fact that everything is green and seems like people are more chilled 🙂 And there is a certain thrill about those short summer storms.

Got any other releases / remixes in the pipeline you can tell us about?
I do. I have a single coming out on Get Hype quite soon. The tunes are finished we just need to find a date. I also did a remix for LT of a track called “Breaking Out” and there is also another release in the works which I am unable to talk about as it is not fully confirmed yet. But yes, I am happy to say there is a lot of stuff coming out shortly!

Where can people see you play?
I’ll be playing in Graz, Austria and Amsterdam quite soon. I will be pretty much in the EU area. For any details check my socials below, everything will be there in detail 🙂

What are your top three tracks right now?
I would have to start with Pivot from Mefjus – that funk and the production. AMAZING. Next one would be The Prototypes & TC – Species – such a banger. Makes sense when you put them guys together. Then Culture Shock’s Bunker – smashes it so hard.

What do you get up to outside of music?
Really like playing basketball. I feel like I can run away from the world when I play it. It’s my favourite sweet escape 🙂 I used to ride my bike in skateparks and do dirt jumps a lot, don’t know why I stopped to be honest. I think I might be getting a bit old and afraid of breaking something 🙂 Apart from that I also love enjoying good food.

Anything else you want to tell us about?
Yeah, I sure would. I would like to thank all my fans who have been with me for all these years and Technique for making me a part of this big release and my girlfriend who is always putting up with me. And, last but not least, I want to thank my managers Nick White and Nick Sadler for pushing me forward and believing in me. Big love from Slovenia and stay positive <3